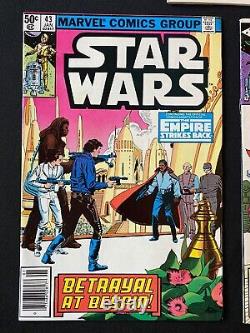 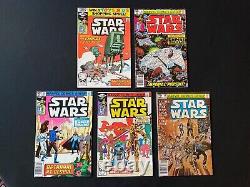 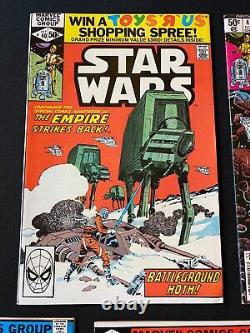 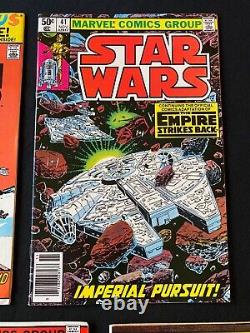 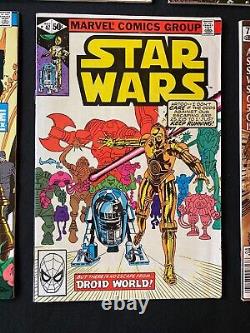 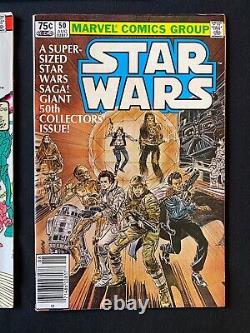 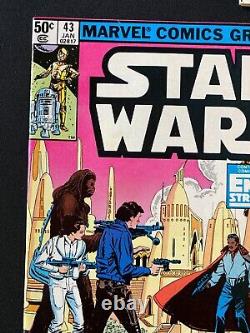 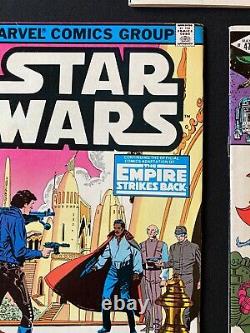 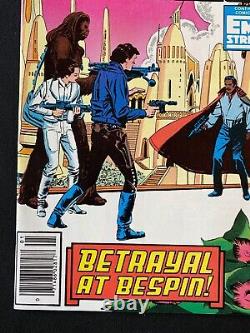 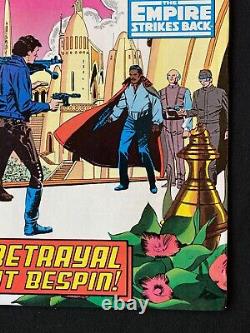 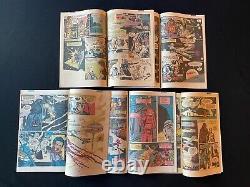 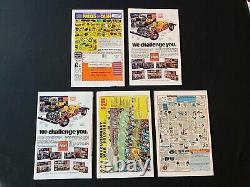 Vintage Star Wars Lot of 5 Comics 40,41,43,47,50 -4 Keys! High Grade- See Photos- A unique opportunity for these great books! Partial reprint of Marvel Super Special Magazine #16. Part two of The Empire Strikes Back movie adaptation that ran through issue #44. 1st team appearance of Rogue Squadron in a standard U. In Star Wars #52 (October 2018), the official canon origin story is told of how the Rogue Squadron was named to honor the team of Rebels known as Rogue One. This occurred during the the attack on the Mako-Ta Space Docks which would fall on the timeline before Star Wars #39 (September 1980). 1st cameo appearance of Yoda, in shadows. Cover art featuring the Millennium Falcon. 5-page explanation of Yoda's initial goblin-like appearance illustrated in the Marvel paperback edition of The Empire Strikes Back. 1st appearance of Lando Calrissian in a standard U. 2nd appearance of Boba Fett in a standard U.

[December 2020 - a Lando Calrissian series is in the works for Disney+ with the creator of Dear White People, Justin Simien at the helm / March 2022 - Donald Glover teases his participation in a Lando Disney+ series]. 1st full appearance of IG-88, an android bounty hunter.